iOS 10 can really boast of a long list of innovations, but not all of them were designed at Apple. We know that lots of iPhone, iPad or iPod Touch owners wait good news from chinese jailbreak team like Pangu. Why? Read most popular reasons to jailbreak iOS 10 on iPhone, iPad, iPod Touch.


1. iPhone running on iOS 10 automatically switches from sleep mode if the notification received to the device. It is more convenient to view all of the information straight from the lock screen. Such a function previously existed on jailbroken devices in the form of a tweak Faceoff, thanks to which the unit "went to sleep" when he put on the table, and "wake up" when the user took it in hand.

2. With the new API SiriKit developers can integrate their applications with the voice assistant Siri. Previously, this was only possible with jailbreak. Although the implementation of this function is poor, many developers created their own frameworks and libraries to access to Siri. Now you can use Siri with apps without jailbreak.

3. During the presentation of Apple we can see lots new features in iMessage running on iOS 10 supported devices. In addition to the "animated and personalized features" in the application an opportunity to use the stickers. Fans of this method of communication previously used tweaks StickerMe. iOS 10 jailbreak lost one reason.

4. One of the main features iOS 10 - interactive notice. They bring to the screen a lot more information. This innovation resembles a notification on Android, but with more rounded edges. In previous versions of iOS, you can get the same functionality by installing the 3D Touch Notifications package. Jailbreak lose next reason. 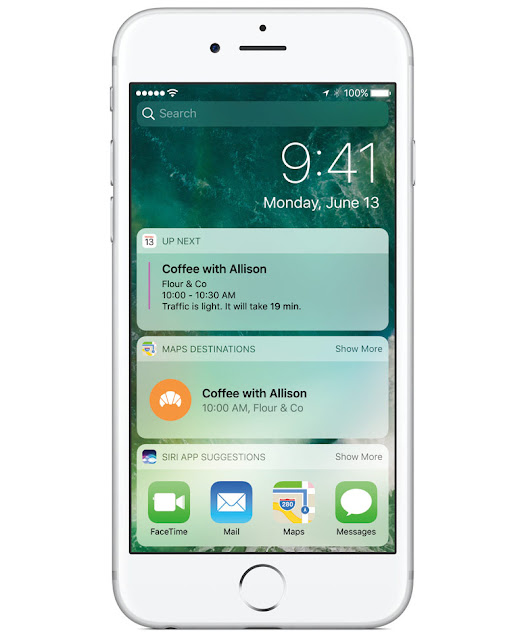 I think general reason to iOS 10 jailbreak - freedom. On jailbroken device I can use and try lots tweaks or features. I can download Youtube videos, Install apps for testing for free, listen Youtube music every time and more and more...