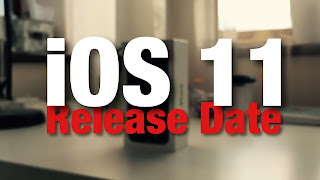 In Live Photos appeared three options for image processing. Users were able to delete frames from the middle of the "live" photos, loop the playback of the movie and apply the effects of shooting like a long exposure. According to the developers, Live Photos will become a real tool for digital creativity.

Changes in iOS 11 affected almost all standard programs. HEVC support in the Camera application will make the videos less voluminous at the same quality, and the photos will be saved in the new HEIF format, instead of JPEG. For the first time, Apple is making software improvements to cameras on older smartphones.

In iOS 11, the company has completely updated the Management Point interface. First, it consists of one page, while there were two of them in iOS 10. Secondly, it actively uses the 3D Touch function to adjust various parameters. It looks much simpler and more intuitive.

Apple Pay is number 1 in the contactless payment market. At the end of the year, 50% of all retail networks. But more importantly, now you can use Apple Play to transfer money to other people. And all this is in Apple's corporate messenger. Confirm with your finger through the Touch ID.

Among the major updates, Apple called the iMessage application, which received synchronization of messages between devices, end-to-end data encryption and support for payments between users. When you log in from a new device, all messages and images are downloaded from iCloud. And if the user deletes the sent message, it is deleted from anywhere.

The Apple Maps application has been updated. Now the application includes internal navigation for airports and shopping centers. In the navigation mode, the maps will not allow you to be distracted by messages, and even allow you to send quick answers to incoming requests in iMessage.

Download iOS 11 beta 1 can developers officially registered in the program Apple. Public testing of the platform starts in July. Final builds will be released on the iPhone and iPad this fall.