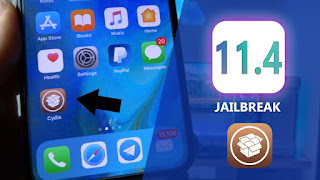 Now several groups of iOS Jailbreak creators are working on their versions of iOS 11.4 Jailbreak tool. For example, CoolStar recently announced that it will soon release its version of Electra Jailbreak for iOS 11.3. Jonathan Levin, the creator of jailbreak LiberiOS also announced the release of an updated version of his Jailbreak tool.

Next team is KeenTeam. Tencent Keen Security Lab was founded in January 2016. The focus of this lab is on research in the security field of major operating systems, applications, cloud computing technologies, intelligent IOT devices and so on. Within the framework of Tencent Security, their research is applied to products and technologies of Tencent. Unfortunately, it's unlikely that Keen will release jailbreak iOS 11.4 for the public. Nevertheless, there is always a hope that jailbreak is still possible.