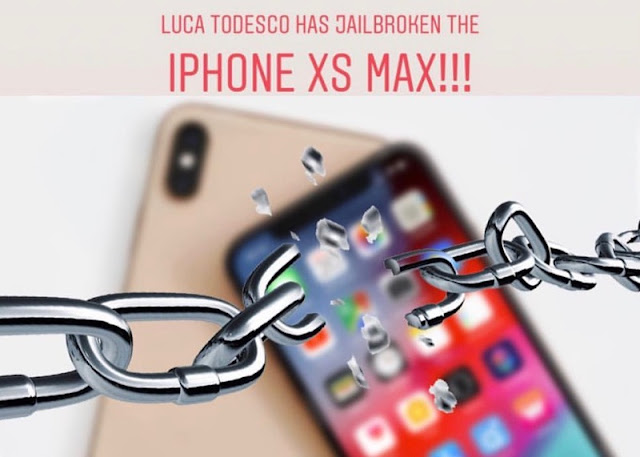 Jailbreak iOS 12.1 Updates 4 - Todesko, a famous jailbreak creator, made a jailbreak iOS 12 on their iPhone XS Max. Confirmation of the successful hacking of the flagship we found on Twitter. What vulnerabilities were used to do this and whether Apple fixed them in the beta version of iOS 12.1 is unknown.

We do not have the technical details of iOS 12 Jailbreak the iPhone XS Max. Jailbreak creators did not publish any exploits and other evidence of jailbreak. It is known only, after the iOS 12 Jailbreak, the device was restored to the stock firmware.

The Jailbreak of the iPhone XS Max with the A12 Bionic chip proves that Apple’s protection can still be circumvented. Probably, the news about the successful jailbreak of Todesko will force other jailbreak creators to more actively look for vulnerabilities in iOS 12.

In late September, jailbreak creator from the Pangu Team announced a iOS 12 Jailbreak of the latest firmware version iOS 12.1 beta. They managed to jailbreak the iPhone XS, but they did not release the public utility either.

This news is another proof that the jailbreak community lives and is waiting for a new update. Although Apple updates its iOS, users want to install everything they want on their smartphone, not just what Apple permits.

On the other hand, such information generates an increase in sites: which offer to perform a iOS 12 Jailbreak, but in fact, they only install their program and download important private information.