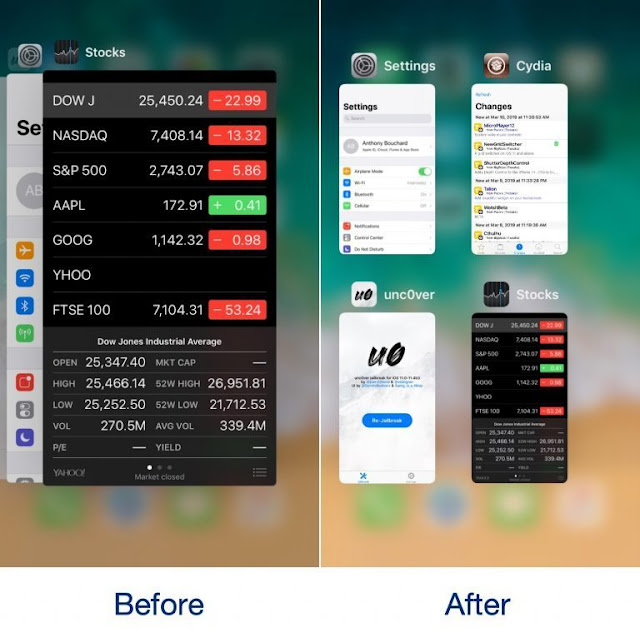 
Access to system files and folders allows the user to manage their content and install applications from third-party sources, ignoring the official source of iOS-content App Store. The main function of jailbreaking is to modify (simplify or expand) iOS settings and personalize the device interface.


NewGridSwitcher makes switching applications on the iPhone more convenient. Tweak not only reduces the application cards so that they fit on the screen for several pieces, but also simplifies the use of multitasking on a smartphone. The tweak developer claims that he created it not from scratch, but used a standard interface that Apple has not yet launched for public use. Therefore, the tweak should interact with the system better than others like it.


FloatingDockPlus is a new jailbreak tweak that will add iPad multi-tasking to your iPhone. The main function of tweak is that it adds Dock as on iPad with recent applications. In addition, it adds Slide Over and Split-View to your smartphone so that you can open two applications on the screen at once.

XB-WakeDevice is a new tweak that allows you to customize the wakeup and blocking of your device.It uses your device’s accelerometer and other motion sensors to determine its position in space and respond to it.
Share this
Newer Post Older Post Home