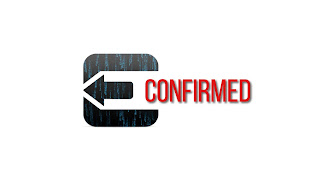 Apple's iOS 13.1 is jailbroken. If you're interested in jailbreaking, you've probably heard of Luke Todesco and his jailbreaking abilities. Luca shared a video showing a jailbreak iPhone X with 8 beta version of iOS 13.

In response to questions Todesco explained that the bug allows for remote retrieval code, you can edit it, etc. the video shows only a custom notice in Posts, but it can be considered a reliable proof.

Recall that Apple released iOS 13.1 beta 1 for developers, and the iOS 13.1 jailbreak creator has already confirmed that the exploit works in this version. He demonstrated the effect of the same bug in the Settings in iOS 13.1 beta 1.

The public version of iOS 13 has not yet been released, but it will happen soon. There is a possibility that the bug will not be fixed by the final release, as Apple was not informed about it. Let's see if it will be useful for the jailbreak community.

Now available jailbreak iOS 12.4. If you have upgraded to the recently released iOS 12.4.1, we recommend that you downgrade to iOS 12.4 while it is still possible.
Share this
Newer Post Older Post Home