iPhone 2020?
Will the iPhone 12 be TRANSPARENT? At the beginning of its appearance, mobile phones had the most primitive output devices, and now, after decades of technology development, the heart of the phone can rightly be considered its display. Frames in new iPhones are getting smaller, resolution and diagonal are increasing, and manufacturers are looking for new ways of visualization for their devices.

Against the background of smartphones with rounded edges and dual displays iPhone looks, perhaps, quite ordinary device. The design of its front panel has not changed since 2007, and only iPhone 2020 promises to be revolutionary for Apple's flagships; however, even then the iPhone will remain a device of standard, if not classical layout. However, this situation may change in the near future.

As with other augmented reality systems, Apple's development can be used to create useful extensions over the image of the surrounding world. In a Museum, for example, a mobile device can superimpose information on the entire picture in the frame, or on parts of this picture. Moreover, the images from both screens can be superimposed on each other, which will create the illusion of three-dimensional graphics. 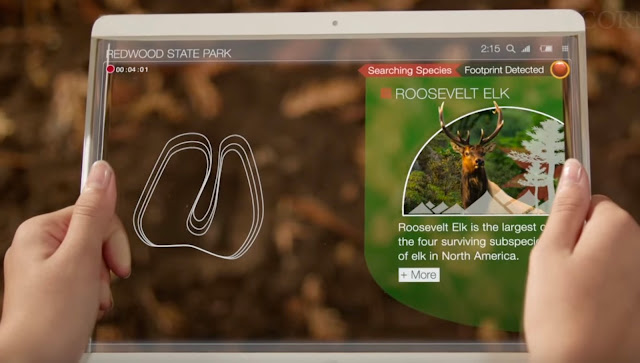 Anyway, if Apple eventually manages to bring the transparent smartphone to mass production, its cost is unlikely to exceed the performance of modern iPhones. This means that the repair of the device is likely to be possible even with serious damage, although almost certainly it will require large investments.
Will the iPhone 12 be TRANSPARENT? We wait your comments....
Share this
Newer Post Older Post Home