How secure is the iPhone in iOS 14? How Apple protects your data 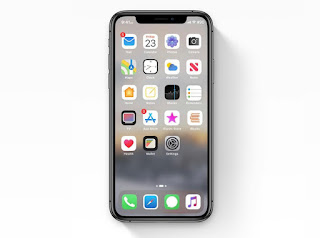 How secure is the iPhone in iOS 14? How Apple protects your data. Data about the meeting is stored on the devices of users who met in encoded form. Later, if one of them finds out that they have A covid-19 diagnosis, they can report it to a special application.

As a result, the system will analyze everyone who was contacted by the infected person and notify them about it, recommending them to pass the analysis. Of course, neither the time nor place of the meeting, nor even the name of the carrier will be transmitted, so you will never know from whom you may have picked up the infection.

In the future, Apple promises, users won't even need special apps, as the meeting tracking interface will be more deeply integrated into iOS. Another thing is that now it is not very clear what kind of applications will be used by infected people to notify those who might have become infected from them.

According to some reports, these apps will be released either by local health authorities or third-party developers. In any case, there is no information that Apple or Google will be the publishers.

How secure is the iPhone in iOS 14? - It can track when users were in contact with each other, while ignoring random encounters, such as when people just passed by. Later, if one of the users finds out that they are infected with the coronavirus, they can report their diagnosis to a special app that will be released later, and it will already send out warnings to all contacts about the need to pass the test.