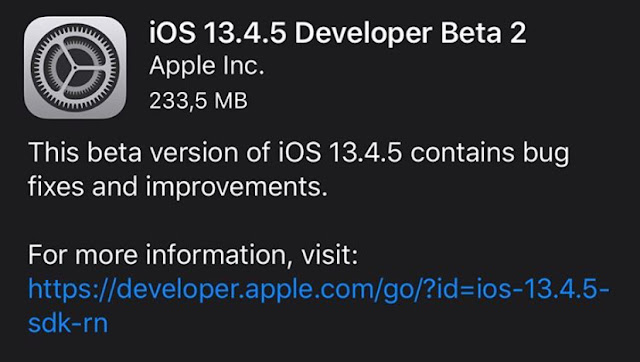 Here you can read how to download iOS 13.4.5 Beta 2 for free now. Just a few hours after the introduction of the new second-generation iPhone SE model, Apple released a new beta version of iOS 13.4.5 and iPadOS 13.4.5 for developers.

It is well known that installing a new beta version of iOS or iPadOS on an iPhone, iPad, or iPod touch could not be easier. Just go to "settings" — "basic “ —" software update “and click” download and install " at the bottom of this page. If desired, the user can also install the update via iTunes by connecting the iOS device to the computer. Whichever method you choose, we recommend that you back up your device before installing the update.