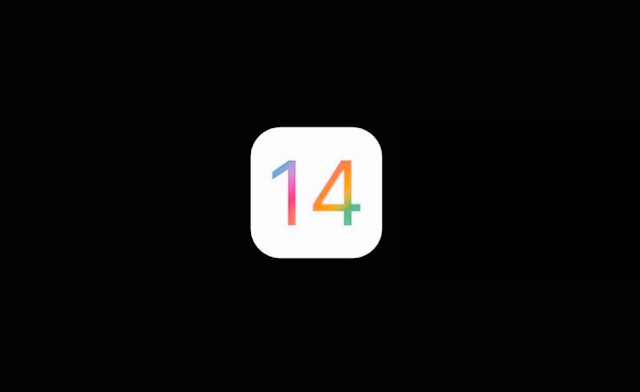 Here you will find everything you want to know about Apple iOS 14. We will update this article regularly until the release of the final version of iOS 14. Ok. Let's go bro.

iOS 14 will be fast and bug-free

In November 2019, it was announced that Apple will change its approach to developing iOS 14. As sources of the authoritative publication Bloomberg found out, Apple executives were dissatisfied with the situation with iOS 13. There were a lot of flaws in the operating system that users actively complained about. The number of complaints was not rampant, as in the case of the much more failed iOS 11 firmware, but, nevertheless, Apple collected a lot of negative reviews.

Apple decided to use a completely new method of developing iOS. The company's developers have created a special engineering menu that allows you to quickly unhook unstable operating system innovations. This will allow Apple management to monitor the progress of new versions of iOS and make the software more flexible. Features that are not ready for release can be easily removed from the released build for users.

Back in December last year, insiders found out that iOS 14 will have an updated call screen. Apple has long been asked to implement this innovation, due to the fact that the current incoming call screen is hopelessly outdated.

The new call screen will be displayed as a small window at the top of the iPhone display, provided that the owner is using a smartphone. This means that an incoming call will not close everything that is happening on the screen. If the call is received when the iPhone is locked, the call window will be located on the entire screen as before.

This innovation of iOS 14 was indirectly confirmed by Apple's Vice President of software development, Craig Federighi. He promised a new call screen in the next major iOS update, responding to an email from one of the users.

IOS 14 will offer the long-awaited option to select default apps. According to Bloomberg sources, Apple discussed the possibility of giving users a choice of a standard web browser, email and music apps. Sources noted that Apple thought about providing such an opportunity to users after a hearing of the us house of representatives antitrust Council. On it, us officials questioned whether iPhone users can choose default apps instead of Apple apps. 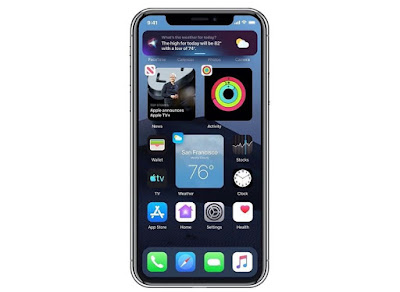 One of these innovations will be a completely new menu for iOS 14 with all the apps installed on the iPhone. It will be available to users on a separate page on the main screen. The innovation will be designed to simplify access to applications, including those that are used relatively rarely. Users will be able to sort by various categories, including unusual ones: launch frequency or popular apps for the current time of day.

As noted by journalists, this innovation of iOS 14 is somewhat inspired by the Android operating system, in which a similar menu has existed since the first versions.

iOS 14 will be a very nice update for Wallpaper fans. First of all, with the arrival of firmware, Apple will provide users with the ability to add images from third-party apps to the Wallpaper section in the Settings app. This allows you to save all the Wallpapers in one place, as well as use third-party dynamic Wallpapers that change when you activate a light or dark theme. 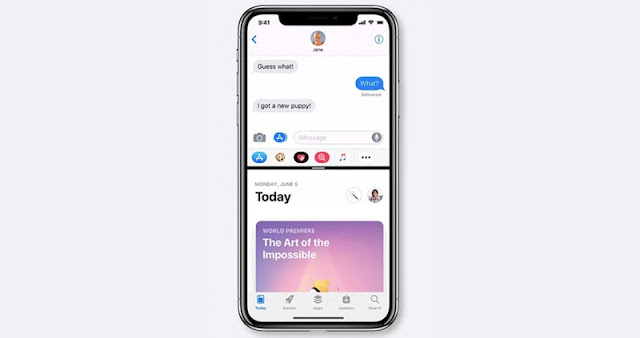 iOS 14 may feature a split-screen mode for working with two apps at the same time, as reported by Chinese insiders. It is reported that the mode will work similarly to the Split View mode for iPad. It is not known on which iPhones the innovation will be supported. It is possible that the mode will only be available on large-sized iPhone models with large displays.

IOS 14 and iPadOS 14 will have expanded support for Bluetooth mouse. The firmware will add support for additional actions when working with the mouse, similar to macOS. The mouse cursor will change when you hover over various objects, and it will disappear when the user is inactive for a few seconds. In addition, with the arrival of iOS 14, users will have access to the use of new mouse gestures, including right-click, enhanced pinching on the trackpad, and others.

iOS 14 has the feature of being able to restore an iPhone over Wi-Fi without having to connect the device to a computer. The function is called OS Recovery and, as indicated by hints in the firmware code, it will appear on the iPhone with the arrival of iOS 14.

The official list of devices that support iOS 14 will be published by Apple after the presentation of the operating system. Right now, we only have guesses and leaks from insiders. According to the leak, iOS 14 will support all devices that had iOS 13 support. This forecast sounds quite logical, given the focus of iOS 14 on fixing bugs and improving the overall stability of the iPhone. For example, a similar "technical" update to iOS 12 also supported all iPhone models with iOS 11 support. Here you can find iOS 14 Supported Devices list.

Here you can find more about iOS 14 Release Date.
Every year, Apple presents a new version of iOS at the WWDC developer conference, which takes place in June. In 2020, the conference may not be held as usual due to the threat of COVID-19 coronavirus at the request of the authorities. In Santa Clara County, where Apple's headquarters and campus are located, there is a restriction on mass events. Because of this, Apple will not be able to hold a developer conference for several thousand people in the usual mode.