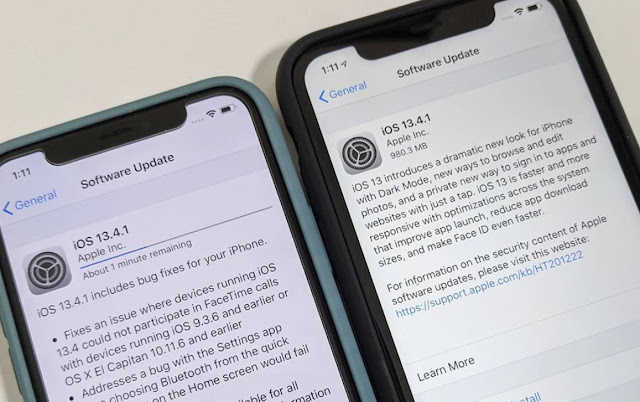 iOS 13.4.1 and iPadOS 13.4.1 updates are available on all eligible devices via a wireless network in the Settings app. To access updates, select Settings> General> software Updates.

- This also fixes an error in the settings app that may cause Bluetooth selection from the quick actions menu on the home screen to fail.

- The "iPadOS" 13.4.1 update fixes the same two issues, but also fixes a third bug that causes the flashlight to not turn on on the new 11 and 12.9-inch iPad Pro models after pressing the "Flashlight" button in the control Center or on the lock screen.

iOS 13.4.1 may be one of the latest updates to the iOS 13 operating system, as Apple prepares to switch to iOS 14. However, there will be at least one additional update, as Apple is already beta testing iOS 13.4.5.