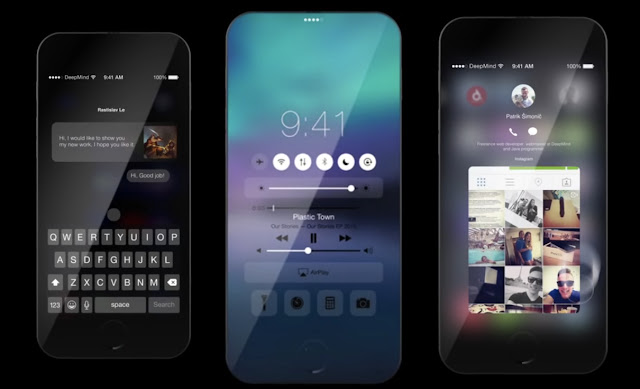 Here you can see iOS 10 rumors and new feature for iPhone & iPads.
One of the best iOS 10 rumors is new features like ... nothing new. But some designers make their iOS 10 design version. As expected, iOS 10 will be markedly different from iOS 9. In the web already there are rumors about this, although official details, of course, is no. Designers of digital studio that published the concept will look like iOS 10, which incorporates all the best from previous versions.

Designer changed item management of mobile OS 10. Thus, the panel now includes a new system buttons that are configured in a separate menu, and received the section with your favorite contacts. Avatars located at the top of the screen. From here you can quickly make a call, send a message or view a tape user Instagram, Twitter and other social networks. Also redesign notification system and responding to messages. Very interesting idea.

On the functions of a new platform information yet. However, observers claim that any changes to the timing of release of renovation is not expected, especially since the work on it and experts involved in OS X.