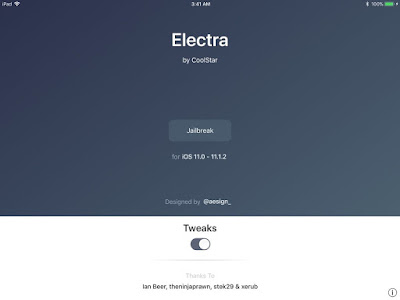 Electra Jailbreak toolkit is a semi-untethered jailbreak for iPhone, iPad and iPod touch running iOS 11 – iOS 11.1.2 by coolstar, a well-known hacker and developer. coolstar has released the jailbreak primarily for developers so that they could test their jailbreak apps and themes.
Share this
Newer Post Older Post Home