Can iPhone Get Infected Malware on iOS 13? 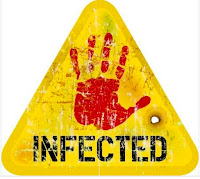 Today we want to tell you more about malware on iPhone. WikiLeaks released information about CIA methods for hacking iOS devices. Apple said it has closed all vulnerabilities.  Can iPhone Get Infected Malware on iOS 13?

Examples of Malware Viruses for iPhone:

In September 2015, Apple found that hundreds of iOS apps made in China contain hidden malware code. This was made possible by a fake version of the Xcode development environment, which Apple offers to everyone for free. A few developers from China downloaded from the net older copies of Xcode called XcodeGhost, and randomly embedded in their applications malicious code. All suspicious apps have been removed from the App Store.

Prior to the release of iOS version 10.3, a serious vulnerability occurred in Safari. Hackers could configure the site so that it "spammed" the browser pop-up dialogs. As a result, Safari was blocked, and for the removal of the lock demanded a ransom in the form of iTunes-certificates. Although in fact, to part with their blood was not necessary — it was enough to clear the browser cache.

Xsser mRAT — "Trojan" comes from the end of 2014. He was infected through the procedure of jailbreaking Apple devices and extorted all possible information.

None of these malware tools became an epidemic for iOS users, but served as a great reminder that even Apple is not able to protect its customers from all the threats in the world.

Can iPhone Get Infected Malware on iOS 13?

No. Apple has closed all vulnerabilities and now you can live in peace. If you are still worried about your iPhones, we strongly want to reassure you. Your iPhone can not be infected with malicious software, so calmly use it every day. The main rule - update the iOS at every opportunity and do not install third-party programs that you can find on the web.
Share this
Newer Post Older Post Home