Apple relesed new iOS 13.6 for all iPhone Models and iPad OS 13.6 for iPads 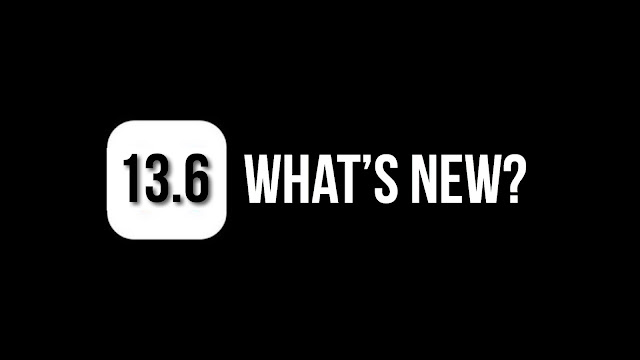 Today, Apple released iOS 13.6 and iPad OS 13.6 for public and developers version for all who want to install new update. The update now applies to registered devices. Including all compatible iPhones and iPads that are registered devices of the developer.

We can say with confidence that iOS 13.6 will be the last update released before June 22. As you know, Apple's WWDC 2020 presentation with the announcement of the new iOS 14 will be held soon.

As you already know, installing a new beta version of iOS or iPad OS on an iPhone, iPad, or iPod touch is common for developers. Just go to Settings> General> software Update. Then click "Download and install" at the bottom of this page.

If you want, you can also install the iOS 13.6 Beta 2 to Developers update via iTunes by connecting your iOS device to your computer. No matter which method you choose, just make a backup of your device before installing the update.

Apple iOS 13.6 is expected to introduce Apple News+ Audio, which adds audio versions of news to the app for subscribing to Apple news. Meanwhile, iPad OS 13.6 has added keyboard shortcuts for iPad users who don't want to fork out for a Magic Keyboard.
Share this
Newer Post Older Post Home