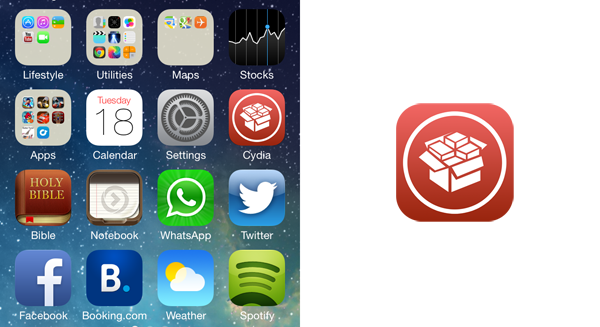 "Jailbreak iOS 7.0 has been released." It's true? Hmm. iOS 7 was previewed on June 10, 2013 during WWDC 2013, with release announced for Fall 2013. iOS 7 Beta was released to the developer and public through download links on June 10, 2013. We like Cydia Store. Last week Apple released first beta for iOS 7 without jailbreak and Cydia. We miss us cool Cydia Tweaks, but We’re happy. We like new design and usability.

We think new iOS 7 Beta 2 will be released with new icons. Cyber criminals have definitely been riding the buzz around the supposed jailbreak iOS 7.0 Beta tool. It’s presumed to be called “Evasi0n iOS 7” and it’s expected to be released any day now. Not surprisingly. Don’t download. Don’t pay. Evasi0n iOS 7 Jailbreak tool not yet confirmed. Jailbreak for iOS 7 will be released, but not now.

Please stay away from such websites as official iOS 7.0 Jailbreak tool has not released yet. We will inform you of the real Jailbreak iOS 7 tool for jailbreaking iOS 7.0 as soon as we have information.
Share this
Newer Post Older Post Home