A Full Review Of iPhone 5s. 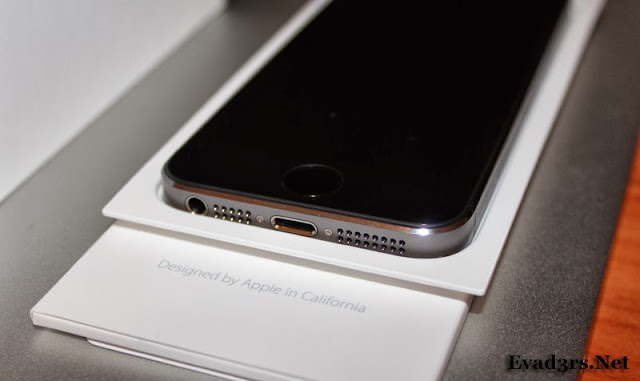 iOS 7 Jailbreak not yet, but this iPhone 5S iOS 7.0.1 is desired by everyone but not everyone will get it. Apple introduced the expected upgrade of their line of smartphones at the beginning of September 2013. Tim‘s Cook team has shown a logical continuation of the line of its flagship smartphones called iPhone 5s, which remained almost unchanged externally, but has got much more powerful stuffing. Now we will try to understand and learn what's new Apple offers us in iPhone 5s and is it whether to change your iPhone to the new model. 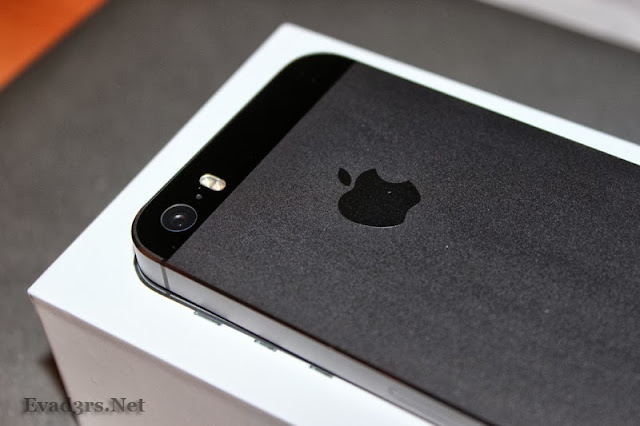 To begin I’m offering to touch three exterior changes. First of all, it should be said about the new body colours. If before we could buy a black and white iPhone 5, iPhone 5s is available in three colours - gray with a black front panel, white and glamorous gold, which in the early days of sales on the gray market had a price tag of about 1000 euros more than other models. Time will show shy is that. They have a very limited edition of golden iPhone 5s or the demand for them is really very high.

The second difference from the previous generation phone has a dual LED flash True Ton. It is consisting of two warm and cold LEDs. The system of True Tone is an innovation. The phone first measures the light and temperature of the light when you take a picture with a flash and then twin lamps flash in suitable proportions. We are talking about approximately 1,000 different combinations of light flashes what will be suitable for almost any shooting conditions in dim light. The result is a brighter colour in photos with the built-in flash.

The third one external difference is the button "Home". It has got an amazing ability to scan a fingerprint - Touch ID but has lost its gray square with rounded corners. It's safe to say that the exchange is equal and for such possibility is worth to sacrifice this poor box. More detailed description about this technology you will read below.

The appearance of iPhone 5s remained on a top. As in the case of the "five" the version of the smartphone may be called the most beautiful phone on the market at the moment. As always Apple keeps the level of the quality higher than other competitors and almost unchanged in appearance iPhone 5s once again proving to critics and potential buyers that Apple is doing the best in design finished product. We have no claims about the look. But a golden champagne colour of iPhone is a little misunderstanding to a writer of these lines. 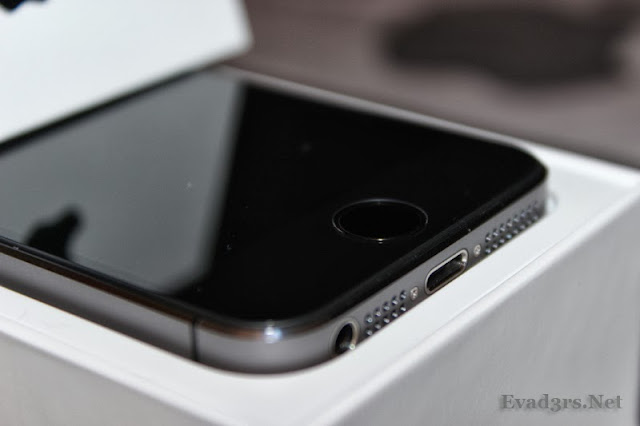 Lets talk about the most delicious innovation of iPhone 5s the Fingerprint Reader. Of course Apple cannot be named a pioneer in this case. The phones which recognize its owner by a fingers has already appeared on the market but many of our readers will be able to name not more than 2-3 models and the vast majority wouldn‘t not name a one. On the other hand Apple will be one of the company that will force competitors to show similar solutions to their smartphones and tablets after a while. Can I name the function Touch ID as the reason to change iPhone 4/4s/5 to iPhone 5s? Categorically yes.

It's not even the fact that Apple offers to users a new method of unlock or confirm of purchases in App and iTunes Store. Rather, all together. I think it‘s all together. Let‘s remember cases when we enter the password on a phone more often? Is it the online shopping of apps and music? Yes. Should you to unlock the phone? Of course. You have a password on your phone or you are willing to part with all your passwords, pin- codes cards and other important information? I'm not ready for this because my phone knows too much.

A fingerprint protection probably is a best idea. We have ten fingers-stylus, so why not to use the possibility of removing the password with these same stylus if they are always with us. A separate compliment is to the realization of the idea. You awaken your phone by pressing the button on the changed "Home" ... and that‘s all! Phone immediately opens the home screen with icons for applications and allows you to do with it what you want. No need swipe the screen to go the screen where you enter the password. No need to spend time on the set of numbers. Just touch a button and in seconds you’re able to launch applications, read e-mail and do all the things you used to do. The same is with the confirmation of the password in App Store.

On the other hand, it would be completely unfair to say that on the first day of iPhone 5s may slightly make worth the impression. For example, the fingerprint reader does not work on our phone and offers to try later maybe it will work. The problem was solved with a restart but the bad feeling has remained. On the next day, after a few hundred of unlocks by fingerprint was no problem anymore. The phone used to the new owner and recognized fingerprints. 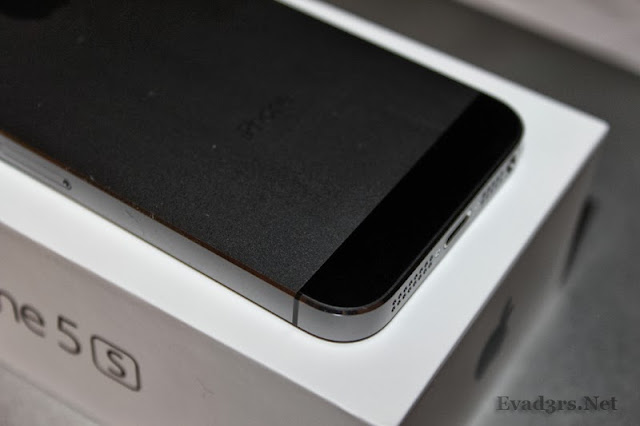 Each new model of Apple's smartphone has consistently pleases customers by higher performance through improved hardware features. And it would be strange if it would be the opposite. At this time, the company's engineers have outdone themselves. They equipped iPhone 5s by a new 64- bit processor A7 with a set of instructions ARMv8. Korean company Sumsung „implacable friend of Apple” produce this processor. The new chip A7 runs at a relatively low frequency 1.3 GHz, what seems not seriously in compare with Android competitors, who took the bar 2 GHz and ramp up RAM up to 3 gigabytes ( in iPhone 5s remained 1 GB RAM ) .

This didn‘t disturb to a new smartphone to become faster than its predecessor to 2 time, as claimed at the presentation. I would debate in some cases with this statement. For example, in benchmark 3DMark iPhone 5s beats iPhone 5 more than double 13,768 points versus 5649. Agree, the difference is noticeable to the user even who is far from such details.

It should be noted that this tests are synthetic and in fact to target on specifically  „synthetic“  in a choosing of a smartphone is completely wrong, because these numbers have little with the actual productivity and quality of work. Surely there is a lot of Android-smartphone that will be able to show a much more serious numbers in the same Geekbench, but none Android smartphone does not offer such a smooth operation of the system interface and third-party applications. In our case, it seemed that there it‘s couldn‘t be more quickly and smoothly. It‘s faster in some cases, but iPhone 5 at this moment can offer excellent productivity.

Of course iPhone 5s wins in speed, because of the new processor. This is understandable because we talk about a phone which is two times powerful than a phone of the previous generation and the results of synthetic benchmarks confirm this. Probably in the near future will appear applications for the new processor and then the difference will be really visible and tangible.

You cannot forget about the coprocessor M7, which made its debut in iPhone 5s. It works in pair with A7, but its target is the removal and processing of sensor of the smartphone, not to burden the main processor and thus reducing energy consumption. Coprocessor will certainly appreciate the developers of sports applications, as an opportunity to reduce power consumption. Tracking accuracy of sensor will be saved. It is ideal for those who use these applications. In fact, a coprocessor of movement M7 has a great future as 64-bit processor. For example, what do you think if you switch to ​​pedestrian navigation in the maps as soon as you got out of the car? It's real today. 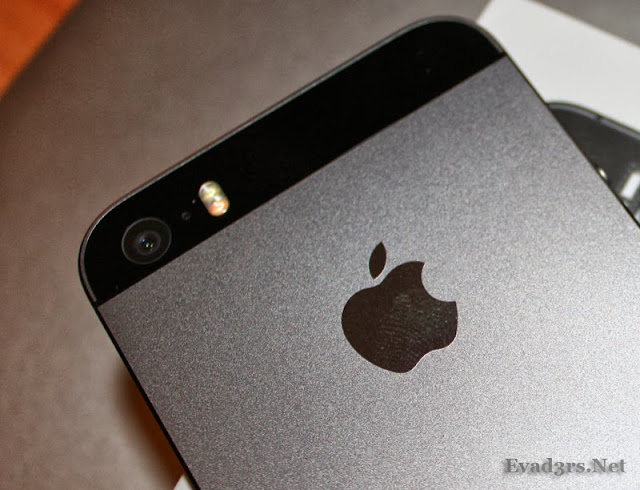 While other manufacturers are increasing the number of cores in the processors, over clock their frequency and set a few dozen megapixels in photo sensors, Apple keeps 8-megapixel matrix, but increases pixel in the size. Now Apple smartphone has 1,5 μ pixel size, whereas in the previous-generation iPhone the number is equal to 1,4 μ. Although  it should be noted that the size of a pixel on the camera's sensor in  iPhone 4 even more - 1,75 μ. iPhone still far from of the giant „ultra pixel“ HTC One (their size is 2 microns, but the number of too little). 4 megapixels is enough to see the photo on the screen, but on the large display clearly noticeable lack of detail. iPhone 5s solve such a problem thanks to 8-megapixel matrix. In compare with iPhone 5 the novelty has also increased aperture ratio of lens – f number is f2.2, not f2.4 now.

Camera becomes better not only "hardware" side, but also in programming. What is value of the video in 120 shot per second in HD-resolution! How to use it? Generally I allow myself to doubt that this feature will be widely used by all owners of iPhone 5s. Of course, when they open app „Camera“ for the first time each will try to shoot something spectacular - passing cat, flying bird, leaving train, but just a few will use this opportunity in the future (by the way, this mode is called „slow“).

Also night mode has improved, although we did not notice any seen improvements. In any case, the lack of light is a problem for almost any camera, especially cameras with a small size matrix. But here we must remember the double flash True Tone, which will help to make a good shot of people in the dark, so do not mention improvements in this regard would be wrong.
The phone will be able more accurately to assess the white balance, exposure exhibit and focus because of system-on-chip A7 (SoC), which is also used to evaluate the image produced by the matrix of smartphone. A new iPhone 5s has the focusing matrix of 15 pixels, which is typical for expensive compact cameras or „SLR“budget segment. We must mention about the new system of the image stabilization. The camera invisibly for you instantly makes a few shots in a row and glues them into one clear image without problems of „smear“ and „shake“ in the photos with a not good light.

Filming has also some upgrade: super-wide photo is filming about 50% faster at speed of 30 shots per second. This means that even in the shot was a moving object, its distortion in the image will be minimal.

!!! We want to remind that new iPhone 5s have no jailbreak. Jailbreak for this class of devices (iPhone 5S) is not working, so if you buy one of these devices, you must remember that there is no jailbreak. You cannot install Cydia on your iPhone 5S for as long as the group Evad3rs jailbreak will release a new version of its Evasion for jailbreak of new devices.

Should I upgrade the phone? Yes! Should I upgrade it just because of Touch ID? Is new iPhone good? It‘s better and faster than previous one! So if you have the opportunity to buy a device of a new generation, then take it without hesitation. Apple has developed the next great smartphone, which fast and beautiful as the previous one. It’s a great continuation of the line of iPhone.
Share this
Newer Post Older Post Home