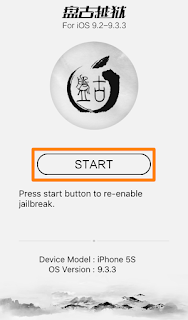 
So, in the process of installing the application Pangu really a dialog box appears with fields for entering user name and password Apple to ID, during this procedure to perform the jailbreak to bypass this window impossible. Many resources were quick to blame the developers in the preparation of various scams, but this request is possible to find a simpler explanation.

However, punishable gullibility and the Pangu Team in the description to the Pangu jailbreak does not recommend the use of the basic account to install the application. You can do it via create a new Apple ID.

Jailbreak iOS 9.3.3 /9.3.2 via Cydia Impactor without Apple ID:
!!! At the same time, however, users must specify the parameters without Apple ID accounts. Yep. Only one way. This will be the case whether you jailbroke with the recently-released English Pangu app for all platforms, or the Chinese Windows-only app that was hosted by 25PP.