Posted by: Jailbreak - Download iOS 10, iOS 10, iOS 10.0.2
Today we can download iOS 10.0.2 ipsw links on yours devices. Why? iOS 10.0.2 is the first update to Apple's new operating system. One of the major changes it was to fix a bug with AirPods headphones. As we have already mentioned, in a mobile platform, which debuted September 13, crept error. iOS 10 has some bugs.
Some users are experiencing problems in the new EarPods wired to the connector Lightning. In particular, we are talking about the fact that the volume control unit stops working, as a result, the user can not answer the call or instruct Siri. It's small iOS 10 bug, but lots of new iPhone owners don't understand why they on new iPhone 7 can't listen music. 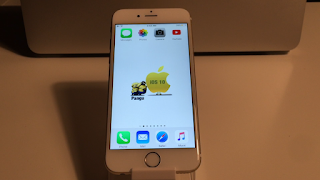 If you want to update your device, you can do it now for 3 methods.

We know from the history of previous updates platforms, iOS 10.0.2 and 10.0.3 versions will be eliminated major defects identified after public launch, and iOS 10.1 assembly already available to test users and developers, there will be new features. The latter is expected in October this year. We know also that Pangu Team will be released their new iOS 10 Jailbreak only after official iOS 10.1 release date, it's mean that next jailbreak after jb iOS 9.3.3 will be Jailbreak iOS 10.1.
Share this
Newer Post Older Post Home