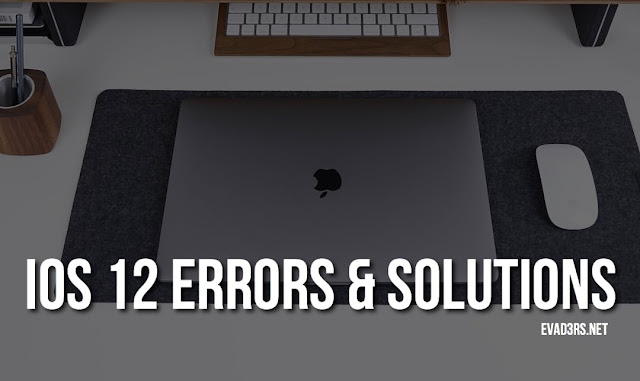 Here is complete list of iOS 12 errors, bugs and solutions. Apple introduced new iOS 12. As expected, the main focus in designing an updated operating system for mobile platforms, the company's developers paid attention to the performance of compatible devices and the elimination of bugs that prevented their lightning fast operation.


iOS 12 Errors and Bugs:
- Third-party applications can still experience problems with GPS.
- When creating a digital password in the "Screen Time" section, the user may encounter the problem of entering a passcode.
- Synchronization of statistics between other iOS devices does not work.
- Applications Wallet, Netflix and Fortnite can be unstable.
- The number of "phone lifts" may not be displayed correctly if iCloud has other devices running iOS 12.
- In Spotlight, a problem was found in which results from the Internet can be presented higher than local ones.

iOS 12 errors solutions:
- The weather widget is working again.
- A problem with iTunes was fixed, in which it was impossible to update from iOS 10.2 to iOS 12 beta.
- Skype and Twitter are now working properly.
- The AirPods headphones now function correctly, stopping the music playing if one earpiece was removed.
- Improved stability of the application "FaceTime".
- The device now does not lose the cellular signal, if the SIM-PIN function was previously activated.
- Extensions that block unwanted calls and messages are working correctly again.