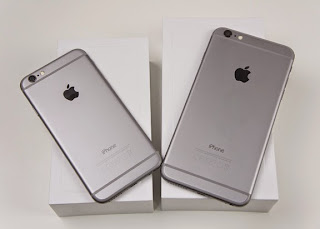 Can I install iOS 12 on iPhone 6s? iOS 12 really accelerated the iPhone 5s and the iPhone 6, as promised by Apple. But could iOS 12 make it faster than the iPhone 6s, which is very popular with young people? Comparison of iOS 12 and iOS 11.4 on the iPhone 6s gave a clear answer to this question.
Is iOS 12 faster than iOS 11 on the iPhone 6S?
iPhone 6s received an incredible speed increase on iOS 12. The first versions of iOS 11 had problems for all iPhone models, even for the newest iPhone X. However, starting with iOS 11.3, it seemed that Apple fixed the situation and the same iPhone 6s, still a current smartphone, started working well. iOS 12 showed that users really only thought so. Running iOS 12, the iPhone 6s became not just faster, it became fast.

Can I install iOS 12 on iPhone 6s?
iOS 12 is truly impressive with the speed of doing this simple, yet very often used, action. But strikes in the speed of iOS 12 on the iPhone 6s the following comparison. That's so much faster on iOS 12 opens the keyboard - another reusable action on a daily basis. The keyboard opens instantly, it does not have to wait a single second. On iOS 11.4, it takes five seconds to open it!

Without a doubt, yes. The iPhone 6s under iOS 12 becomes a completely different smartphone, as if Apple secretly added a couple of gigabytes of RAM to it and upgraded the processor. After installing iOS 12 on iPhone 6s, many smartphone users will again be pleased to use the device.
Share this
Newer Post Older Post Home