iOS 12.1 fixed a bug with charging a smartphone in iOS 12 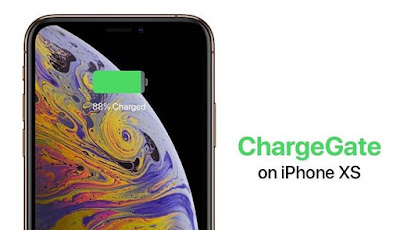 iOS 12.1 fixed a bug with charging a smartphone in iOS 12 . Upgrading to iOS 12 not only expanded the functionality of Apple gadgets, but also added problems to their owners.
After just a few days after the announcement of the iPhone XS and iPhone XS Max, the owners of the new devices, as well as the owners of past generations, downloaded the latest version of the Apple operating system, with an unpleasant bug.

On the official Apple forum, messages began to appear indicating problems related to charging both the latest iPhone and the previous models of the line, updated to iOS 12, including iPads. Devices refuse to charge both with the help of a cable and in some cases from wireless charging devices.

Some users note that their smartphone does not charge under any circumstances, for others, wired charging starts working only when the screen is on, and someone started charging the smartphone only after they inserted a cable into the smartphone and activated the display, while the reverse sequence did not work.

The problem is observed only on smartphones and tablets updated to iOS 12. Probably, the error is related to the function of the safe mode, designed to restrict unauthorized access to devices. After an hour of inactivity, a special utility disables data transfer through the Lightning port to prevent data access.

This measure was taken to protect against hacking of the smartphone by hackers or special services. Apparently, when the device is connected to charging with a locked screen, the program crashes and disconnects the socket completely, including the ability to charge the device.

Apple has already studied user reviews and advised to charge gadgets only with the original network adapter, avoiding connecting to PC and other devices. Owners of such devices can only hope that the found software problem will be corrected with the next firmware update.

iOS 12.1 fixed a bug with charging a smartphone in iOS 12. It's mean that next week we can update our iphones and iPads.
Share this
Newer Post Older Post Home