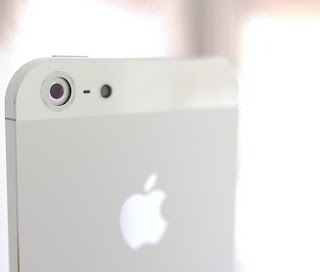 iPhone 6 Specifications And New Features.   The next iPhone – which the internet is nominally calling the iPhone 6 through basic numerical guesswork – is probably the most hotly anticipated gadget on the planet right now. Previous wisdom would suggest we could be in line for a stopgap, perhaps in the form of the iPhone 5S, before the year is out. What these article is concerned with is rumours relating to the next fully new smartphone. Here you'll find all the latest news on the iPhone 6 including possible release dates, the rumours as well as upcoming features and specs that GD has managed to sift from the big, bad world of the internet.
Apple’s policy of zero information prior to actually launching the product has always acted as petroleum for the iPhone 6 rumours. As such, tips, speculation and murmurings as to what the iPhone 6 will be started to appear almost as soon as the iPhone 5 was launched. Some industry punts are so specific they cause some eyebrow raising – one even predicts not only that a cheaper iPhone will be launched, but that we’ll see it in May, and that by the end of the year it will sell 53 million units. While the analyst in question will certainly be on for a big win at the bookies if that particular bet comes in, we bring you a round up of some of the other seemingly logical rumours.

Now, onto the iPhone 6 proper – and we’ll start with the screen. Often the display on a new Apple product pushes the boundaries of the industry. Many saw the increased 4-inch screen size on the iPhone 5 as a move on Apple’s part to keep up with the screen sizes of the larger Android powered phones like the recent Sony Xperia Z or Samsung Galaxy S4. However, 5-inches is more like the premium screen size right now – so for the iPhone 6, we could see apple stepping up the size once again. According to IBNews, one analyst has suggested that Apple could be looking to implement a 4.8-inch Retina+ IGZO screen made by Sharp, which will make the iPhone 6 display thinner, brighter and much clearer – boasting better than HD resolutions. The other area where we might see some significant improvement for the iPhone 6 is in the sensitivity of the screen. According to a report picked up by PatentlyApple, Sharp has been busy putting together a capacitive display with a panel eight times more sensitive than current screens. The rumour says that the technology can be implemented in any screen from 5-inches to 60-inches across. So, if there’s a grain of truth in the Apple TV rumours that keep appearing – this might be suitable for that too. A few advantages of this display are that it’s a great deal thinner than current screens and the fact that you can use it in winter with gloves on. And, as residents of the UK, that’s a big win for all of us. What’s more, this display isn’t a prototype; it’s actually in production right now over at Sharp’s top secret facility.

While there will certainly be some hardware upgrades to Apple’s next phone, it’s worth pointing out that Apple isn’t usually at the top of the pile when it comes to lining up new components. For example, the iPhone 5 famously left out NFC compatibility – something many hope to see in the iPhone 6. In terms of the chassis, a polycarbonate body is one of the more frequent mutterings heard flapping through the internet rumour breeze. Elsewhere, a new top of the range iPhone model would presumably need some sort of decent camera upgrade – as this is an area that’s been particularly busy in smartphones since the iPhone 5 was launched. The HTC One and Nokia 920 in particular boast interesting new camera features, other than simply megapixel escalation. A new feature that could well appear on the 6th generation iPhone is the use of sonar as a replacement to the current infared sensors which use sound as a proximity sensor – according to this report in Apple Insider – letting the phone detect where it is, either as a way of alerting the user about an incoming object, or as a way of detecting whether the phone is being held to the users ear. One of the intriguing features to appear on several rumour feeds is the introduction of a “smart bezel” which would display information around the screen. It emerged from an actual patent that Apple filed and, according to Macworld, the smart bezel could be a place for flashing buttons and symbols that compliment the on-screen action. The patent states: "The primary display could be used to convey visual content to a user, and the secondary display could be used to guide a user providing inputs to the device. For example, the secondary display could be selectively illuminated to provide one or more indicators that represent where or how a user can provide inputs to the device." Another feature gaining ground in the tech press is the inclusion of a fingerprint scanner. This follows a report that Taiwanese chip maker Chipbond are making components for future iPhones and has also been flagged up as a potential feature for the iPhone 5S. Of course, what we can say for certain is that Siri’ll be back for another appearance.

Perhaps the hardest thing to gauge about any new iPhone is what exactly is going to be inside it. If Apple decides to update the current dual-core A6 to a quad-core A6X for the iPhone 5S, then we can assume it will make the jump to an A7 chip in time for the iPhone 6. Given Apple’s history with incremental updates, any A7 chip is likely to be a quad-core affair rather than the octo-core chip inside the Samsung Galaxy S4. We’ve already discussed NFC, but the iPhone 6 will certainly have plenty in terms of wireless connectivity, including 802.11ac Wi-Fi, the latest iteration of the technology which, in theory, will allow you to hit browsing speeds of 1GBps. There’s almost certainly going to be more advanced 4G LTE on board the iPhone 6, which is a good thing as by the time it gets here, the standard will have been adopted by all the main UK networks. In terms of storage, we’d expect the conventional 16, 32 and 64GB options to appear as standard. But, given the recent 128GB upgraded iPad range there’s nothing to suggest Apple couldn’t provide a 128GB iPhone 6 model.

One of many analysts jumping in with thoughts on the iPhone 6 release date has said it won’t be ready until 2014. “Apple's iPhone uses a technology called 'in-cell,' which essentially meshes the touch screen with the glass screen into one thin display. Its partners can't get good enough yields making those displays bigger to launch the iPhone 6 this year," says Peter Mise, an analyst at Jeffries & Co, in a report picked up by IBNews. The report goes on to say that the software will also have a bearing on development, as the next version of iOS isn’t likely to be ready until next year. "The next iPhone will run on a 20 nm processor, allowing it to add more cores, possibly four or eight. To take advantage of the new processing speed, iOS will have to be upgraded. The new iOS architecture might not be ready until 2014,” the report says. Serial rumour-peddler Digitimes disagrees with us however, citing that a mid-2013 release could be on the cards for the “next generation iPad and iPhone series”. This would of course work with Apple’s annual conference, the WWDC. But there's a good chance we won't see the iPhone 6 until next year.
Share this
Newer Post Older Post Home