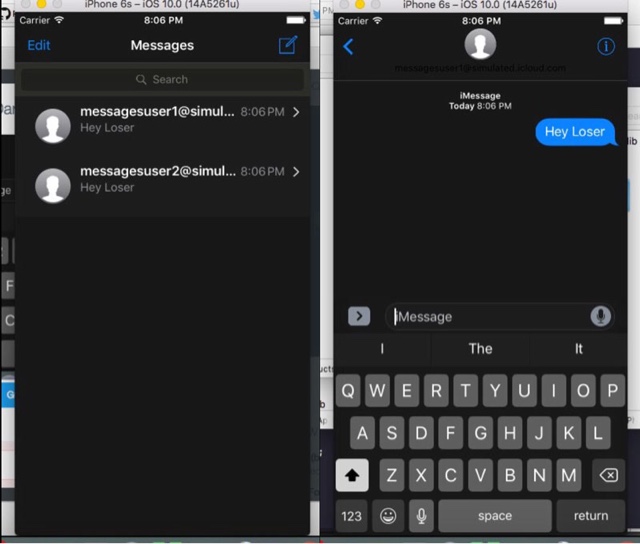 Explore the possibility of the first test assembly in iOS 10, he found an opportunity to turn dark design theme inside the emulator. According to the Fork in iOS code 10 is present CKUIThemeDark option to ChatKit. He wrote a simple tweak that made ChatKit enable this option instead of the standard CKUIThemeLight. He then downloaded the app in an emulator. 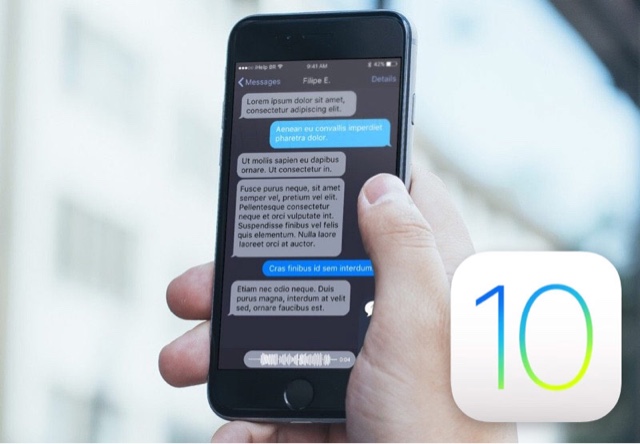 iOS 10 dark mode can works only on iMessage app. But he believes that Apple is working on a dark mode interface for all operating systems, but for some reason decided not to include it in the list of 10 features iOS.

It is possible, that iOS 10 dark interface mode will be released for new generation Apple smartphone or iPhone with OLED-display. In this case, the company can talk about iOS 10 Dark Mode on the iPhone 7 presentation in September this year.

Don't forget if Apple will not release their iOS 10 dark mode, we can do it on our jailbroken iPhone, iPad or iPod Touch devices via Cydia Tweak. It's good reason for iOS 10 jailbreak. :)